Ruling on the General Elections Date

The High Court of Kenya has issued a ruling on the date of the 2012 General Elections. These elections will be the first under the Constitution that was passed during the 2010 referendum, and the first after the 2007/2008 post election violence.

Article 33 of the Constitution of Kenya, while recognizing freedom of expression outlaws incitement to violence, hate speech, advocacy of hatred that constitutes ethnic incitement, vilification of others, and incitement to cause harm. All Kenyans must desist from political intolerance, negative stereotyping and stigmatization of, and discrimination, incitement to violence and violence against persons or groups ahead of the general elections. At this point in time, our leaders must promote tolerance, peaceful coexistence, diversity and divergent opinions as we prepare for the 2012 general elections.

What happens in this election will determine the future of Kenya for years to come. The 2007/2008 post-election violence cost the country over 1000 lives and up to US$1 billion in terms of loss of production in the economy. This estimate did not factor in destruction of personal/private and other property by looters who went on the rampage during the violence. Economic growth fell to a meagre 1.6% from 7.1% in 2007. The agriculture and tourism sectors which are the country’s largest income earners are yet to recover fully from the blow of the violence. We all must work together to ensure that such an unfortunate situation does not happen again in Kenya.

Unlike the previous elections, the elections this year will be complex owing to the many different seats to be contested. Additionally, this could also be the first presidential election in Kenya where the first and the second candidates face a second round if a simple (50%+1 vote) majority is not achieved in the first round or if the winner does not get 25% of the votes in at least 24 Counties. Coupled with other factors such as the unresolved Internally Displaced Parsons (IDP) situation, the impending International Criminal Court (ICC) ruling, the challenges in the implementation of the Constitution, and issues emerging in the Truth Justice and Reconciliation process, the manner in which these elections will be conducted will make or break this country and its people.

Ensuring peaceful, safe and credible elections is the primary responsibility of all Kenyans. We all must appreciate the importance of free and constructive political debate, freedom of expression, freedom of assembly, equitable access to media, including State media, safety for all aspirants and their supporters as well as for every Kenyan, election observers and witnesses, journalists, human rights defenders and actors from the civil society.

Past experiences in Kenya have shown that Kenya has pulled back from the brink. In 2005, the Government lost the referendum on the Constitution, but the country remained united. In 2008, we had the unprecedented violence that put the country to the brink of civil war but we were able to overcome. The 2010 referendum on the draft constitution divided Kenyans on a ‘YES’ and ‘NO’ dichotomy, but in a tense and volatile environment, we delivered a peaceful referendum. Despite difference in opinion over the Constitution, we were united at the end. During these elections and beyond, we must come together and put Kenya kwanza. 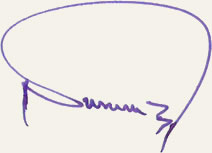 The National Cohesion and Integration Commission (NCIC) was established under the National Cohesion and Integration Act No. 12 of 2008 enacted after the 2007 post election crisis and subsequent political negotiations. The Commission’s object and purpose, as provided in Section 25 of the Act is to facilitate and promote equality of opportunity, good relations, harmony and peaceful coexistence between persons of the different ethnic communities of Kenya and advise the Government on all aspects thereof