Ethnic And Diversity Audits In Siaya And Kisumu 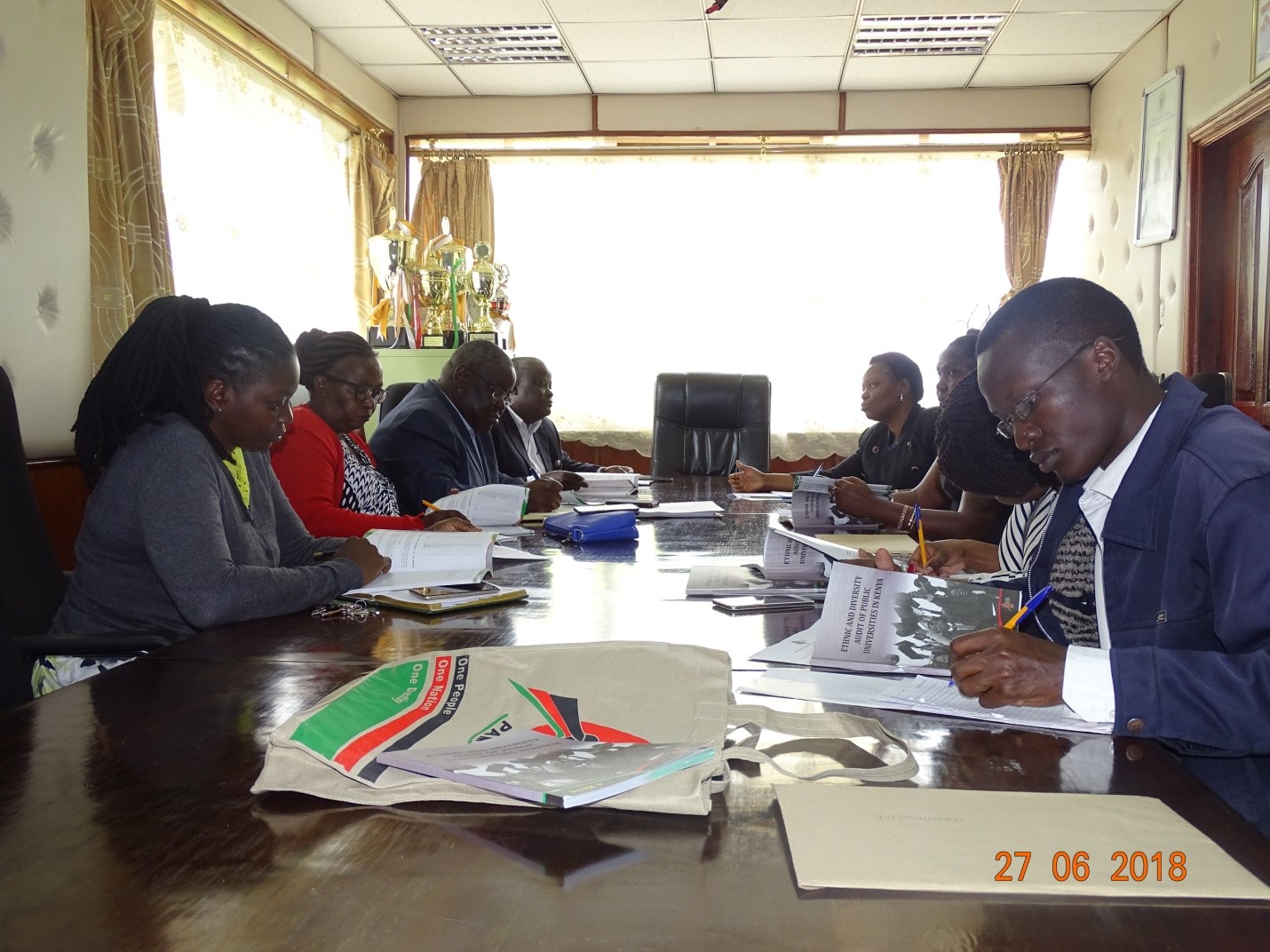 To ensure compliance to section 7 of the NCI Act, 2008 the Commission conducted a rapid impact assessment of the ethnic audit carried out from 26th to 30th of June 2018. It took the study to institutions in Siaya and Kisumu County.

Speaking during the assessment, the Asst. Director Research, Policy and Planning Department Dr.Sellah King’oro, acknowledged institutions that complied with the rule and also appreciated those that were in a process to improve their status. She emphasized on the need for all institutions to comply for diversity to prevail.

Dr. Sellah added that despite the short comings brought about by political waves, limited education in some regions, fear of people working outside their region, clan related issues; law must be abided by every institution. She advised institutions to come up with ways to overcome those challenges that come with abiding to rules. She further cautioned the institutions to be careful of the recruitments done after the last audit, as the Commission will hold institutions viable if the ethnic diversity was not met.

The rapid impact assessment of the Commission ethnic and diversity audit is ongoing across the 47 Counties. This is in preparation for the next audit to be carried out later this year.