Sanity Must Prevail If Kenya Is To Move Forward

Sanity Must Prevail If Kenya Is To Move Forward

Kenyans heeded the peace calls to calmly participate in the election campaigns, turn out in large numbers to vote and generally sustained the peace as the election outcome was revealed. Our political leaders too engaged in largely peaceful campaigns and urged their followers to keep the peace.

From the date of operationalization NCIC realised that if the cohesion agenda was to move ahead, Kenya had to overcome the threat that general elections constantly pose to its sustained unity. Working together with various partners we have been able to give this call national appeal. We thank all of you Kenyans for maintaining peace. In particular we want to applaud the Faith leaders, Civil Society Organizations, Independent Offices, the Law Enforcement Agencies (DPP, NPS, NSIS), Private Sector, Youth, Women, Media and our Development partners for working with us to making peace during elections a national obsession which we kept .

However let us all know we are not out of the woods yet!! The two front runners each garnered a substantial number of votes and the reality is that this country is split between those who supported the President Elect and are satisfied with the IEBC process, on the one hand, and those who supported the CORD Presidential Candidate and feel aggrieved by the IEBC process, on the other hand.

Elections by themselves are often emotive; the mobilization for support during this election emphasized our ethnic divisions. We must therefore remain alive to the fact that emotions remain high and present easy prey to negative manipulation. To heal and move forward Kenyans must discuss the current circumstances in which the country finds itself but in doing so, each must take into account the feelings of those others who feel differently from them. Thus, let discussions focus on facts and issues and not tribes or individuals.

Along these lines, NCIC notes that the discussions in the social media have intensified along ethnic dimensions. We thus have increased our engagement in this field and continue to track persons who perpetrate ethnic hatred with a view to recommending them for prosecution. In addition we are liaising with page administrators to remove unacceptable utterances. Our endeavours to participate in social media by intercepting intense discussions that lean towards ethnic isolation has borne some fruit and we urge more Kenyans to engage in this patriotic initiative so as to remind our brothers and sisters who are hurting and who are using the social media to vent their frustrations not to cross the line and perpetrate ethnic exclusion.

Peoples political antennas remain alert as the Supreme Court Decision is awaited and the presidential issue determined therefore we remind all, that NCIC sustains its monitoring for incidences that promote ethnic tensions, hatred and contempt including hate speech.

Lessons learnt from our 2008 national shame must not be forgotten and Kenyans must remember that our national cohesion and reconciliation agenda will soon find impetus in the final truth seekingreport anticipated for release. Institutions must prepare to implement the recommendations of this report as the nation prepares to adopt our common truths and adopt acceptable reparations that will allow us address injustices and actively engage in national reconciliation.

As for the President Elect and the Hon. Prime Minister, we urge each in every gesture and utterance to actively be seen to promote national cohesion and embrace the entire country including those communities not deemed to have been their strong holds from the recent voting patterns. The national wounds are still raw and it is no longer enough for leaders to merely call for peace, their every action must mirror their calls. Finally and fundamentally, respect for the constitutional limits on power, a key feature of democracy, requires adherence if the rule of law is to prevail. Under this constitutional dispensation we intend to build "a government of laws, not of men” and laws are implemented by Institutions, NCIC therefore urges all to respect the institutions that we have created and allow legal processes to address any shortcomings that we may have with any of these institutions. 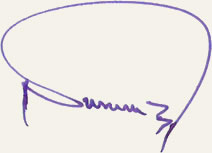