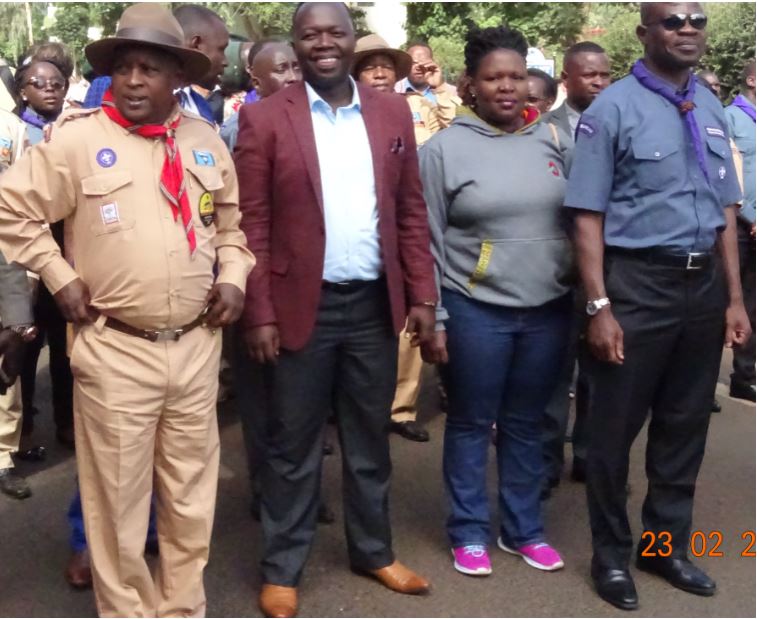 NCIC partnered with the Kenya Scouts Association to sensitize the young scouts on peace and cohesion while supporting the scouting initiatives. The Commission acknowledges the scouting movement as a voluntary, educational and non-political movement for young people open to all without distinction of ethnic background in accordance with the Purpose, Principles and Methods as conceived by the Founder. The commemoration, held on February 21st, 2019 in Nyeri County, drew scouts from all the 47 counties in the country to celebrate the birthday of the Founder, Lord BadenPowell. As a point of interest to scouts and local leaders, they recognised that the scouting promise and principles strongly professes and resonates with the country’s national values and principles. The movement pulls together young people across different cultural and ethnic groups, beliefs and family backgrounds with a noble cause. Nyeri County Governor, Mutahi Kahiga, was the guest speaker amongst other leaders within the county. He said it was encouraging to observe how the youth come together through various means including camping, sharing of experiences and to learn from each other as a way of enhancing cohesion. Representing the Commission were the Director Programes and Technical Services Ms. Millicent Okatch, Halima Shariff, Susan Ambiyo and Lawi Were.